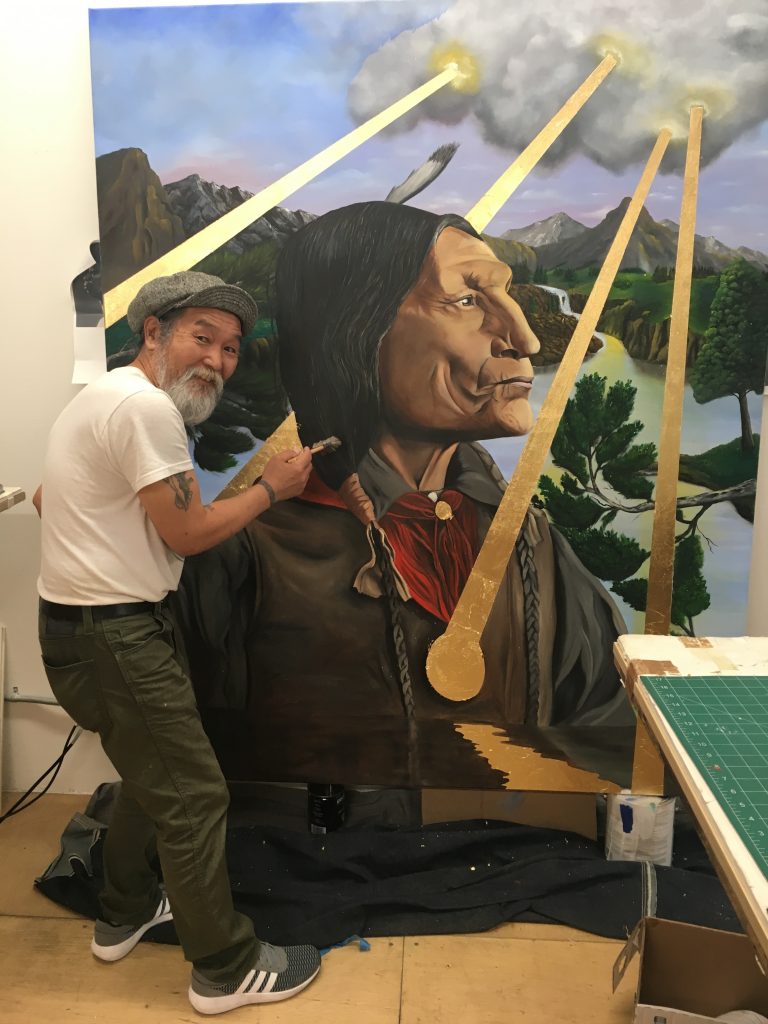 Samoa was born in a sleepy fishing town in Hiroshima, Japan. He formed the first rock band in his high school and curated numerous music events in his home town. He moved to Tokyo in 1975. Graduated from Yamano Beauty College in 1977. He acted characters in the underground theaters and TV dramas in Tokyo.

Samoa moved to New York City in 1980. Started get involved in performance art scenes at The Pyramid Club, ABC No Rio, La Mama, Area, Danceteria, The Kitchen. Samoa co-founded a notorious punk band “The Voluptuous Horror of Karen Black” with Kembra Pfahler in 1988. Samoa started painting in 1995. When he saw WTO protest at Seattle in 1999, his painting subject has dramatically shifted to political and justice.